The logo of the BakfietsTreffen, the International Cargo Bike Festival is by the Dutch illustrator Stang Gubbels.

Stang > Constantijn
Everybody knows Stang as Stang, but his real name is Constantijn. Stang lives and thinks in images, Stang changes people animals things into Stang Images. He refined his drawing art at the School of Graphic Design in Eindhoven and the Art Academy in Rotterdam. He did drawings at advertising agencies, but soon after established himself as independent artist in Rotterdam. His strength lies in the pictogram as being an illustration and in his rapid eagerness when he is working on his images. 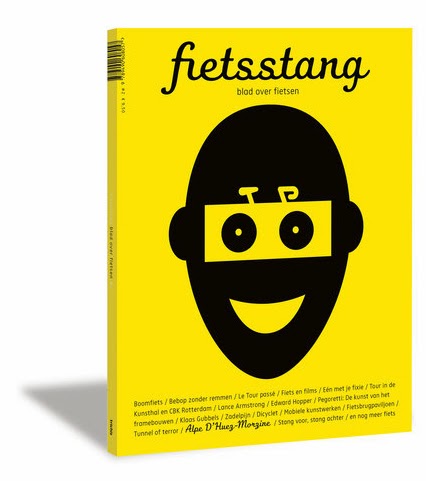 Stang used to live for his work, but things are changing. Stang is changing into Constantijn. No longer can everything be reduced to a pictogram. Stang/Constantijn is currently making Art in Public Spaces, using lines, planes, and colours. In everything that is changing within Stang, one thing remains the same: in his art as in his illustrators. Constantijn is not working for himself, but for the ones who are watching.
www.stang.nl