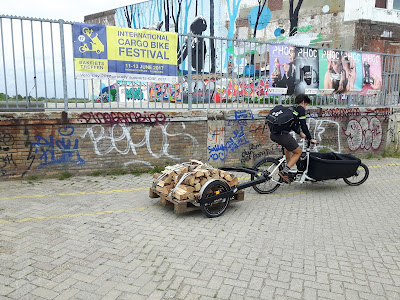 Charles Levaillan is a Mechanical Engineer from Rennes, France. In 2014 he was working on boat design (amongst other things) in the day, and in his free time built his kitchen out of scavenged pallets; a project made more difficult by the fact he didn't own a car or van. These factors came together and Levaillan was inspired to come up with a solution; the Bicylift. 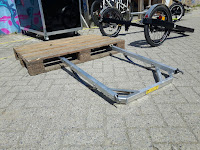 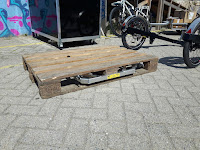 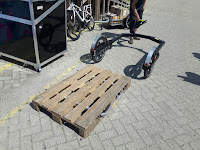 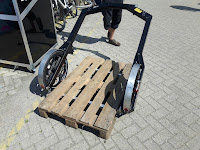 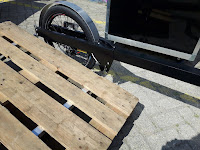 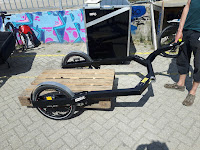 The Bicylift is part bike trailer, part pallet lifter and can also be used to manoeuvre pallets on foot; hence the strapline “Last mile by bike, last metre on foot”. Operation is very simple, but is probably best described in this video:

By March 2016 Levaillan's company, Fleximodal, had started up and manufacturing had begun with a partner company 40km from Rennes. In addition to holding the patent on the concept of lifting a pallet and attaching it to a bike for transport, Fleximodal also designs and makes custom containers for cycle logistics. 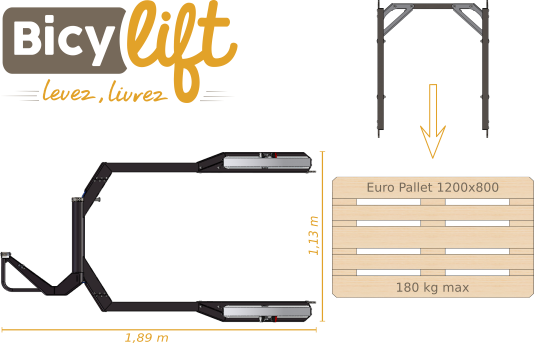 The Bicylift has a capacity of 180kgs, so although it cannot take the heaviest pallets, most will fall within it’s capabilities. In fact, organisations that begin to use the Bicylift can take this into account, perhaps adjusting the maximum weight of pallet they will accept. Refinements to the design are ongoing; brakes were recently added to allow greater control of movement on foot.

The advantages are obvious; deliveries of full pallets without repacking would represent a significant efficiency saving for many organisations. Previously, vehicles with tail-lifts (which tend, out of necessity, to be on the larger side) had to deliver pallets as there is always a height difference between the truck-bed and the ground. Another alternative involves having fork-lift trucks at either end of the delivery run. 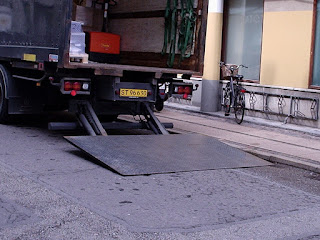 It follows then that by eliminating these large delivery vehicles, not only is there a saving on running costs, but by keeping them out of town and city centres there are also many environmental and societal advantages to take into account. The Bicylift could also allow organisations to update their offerings to clients and end users, to include door-to-door pallet delivery where this was previously impossible.

RIPPL is powered by Topsector Logistiek