Who is the slowest Slowbiker? This is the first year that the Open Dutch Championships (NK) Slowbiking Battle is being held in a large number of Dutch cities. Slowbiking is a contest to see who can cycle the slowest. One of the qualifying rounds will be held on Sunday 19th of April during the International Cargo Bike Festival in Nijmegen. The Open NK tour will visit several other cities. The final takes place on Sunday 21st of June in Utrecht, where the world’s fastest cycling contest, the Tour de France, has its kick-off this summer.

In Nijmegen there will be a special SlowCargobiking Contest too! Only for two wheel cargo bikes ofcourse. 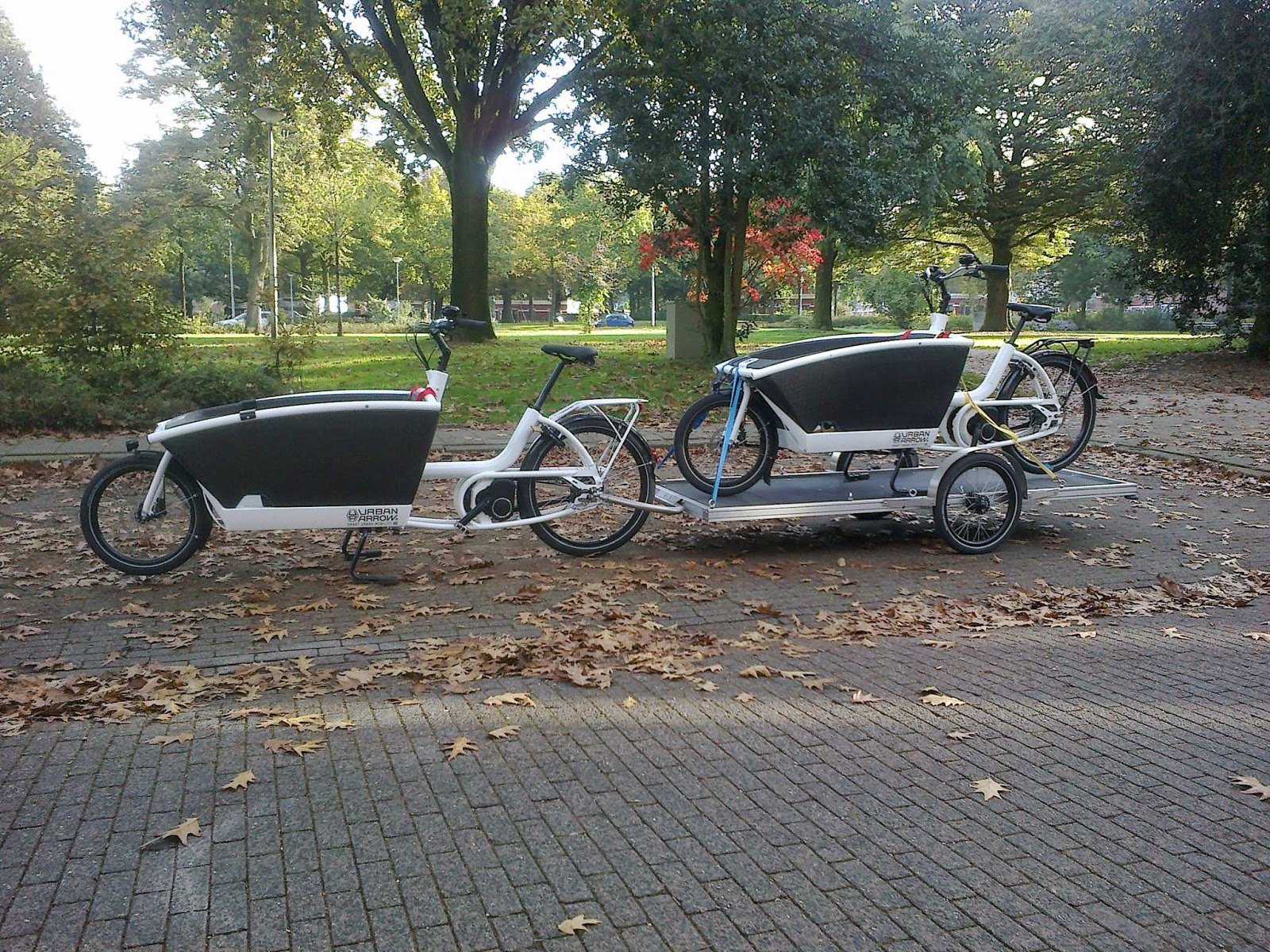 It seems so easy, cycling as slow as possible on an eleven-meter track. Without touching the lines with your bike or the ground with your feet, it actually takes a lot of concentration, balance and cycling technique. A slightly trained slowbiker takes about a minute to finish those eleven meters, but the world record is set at an impressive two hours. A slowbiking battle isn’t boring, far from it; it’s very entertaining. A presenter is motivating both crowd and contestants with great enthusiasm and musicians support the race with their improvised music. 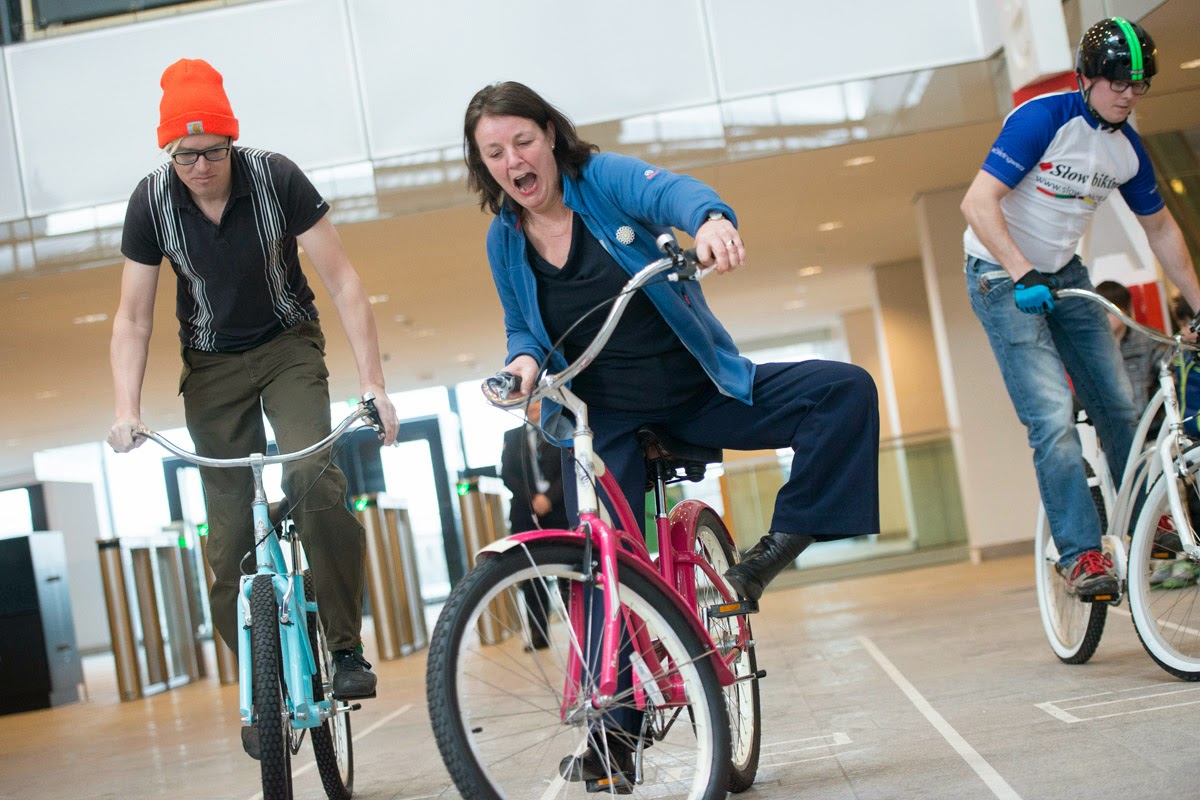 The NK Slowbiking Battle is not only for the trained slowbikers, everyone is invited to join in the qualifying rounds. Registration can be done on the spot. Taking part is a great way of testing your patience, because in a time where everything is moving faster and faster, the art of Slowbiking is not to rush. This is not only the case for the contestants; also the crowd is forced to slow down, watching people doing something very slowly.
The first qualifying round on the 11th of January in Utrecht was won by Sietse van Berkel (25) with a time of 4 minutes and 20 seconds. Van Berkel, who works in education and is a professional BMX-rider, hopes to win the final in June. “But I do expect a lot of great mountainbikers, racing cyclists and bike messengers taking part. It is very possible that they are slower than me, and will win the race.” 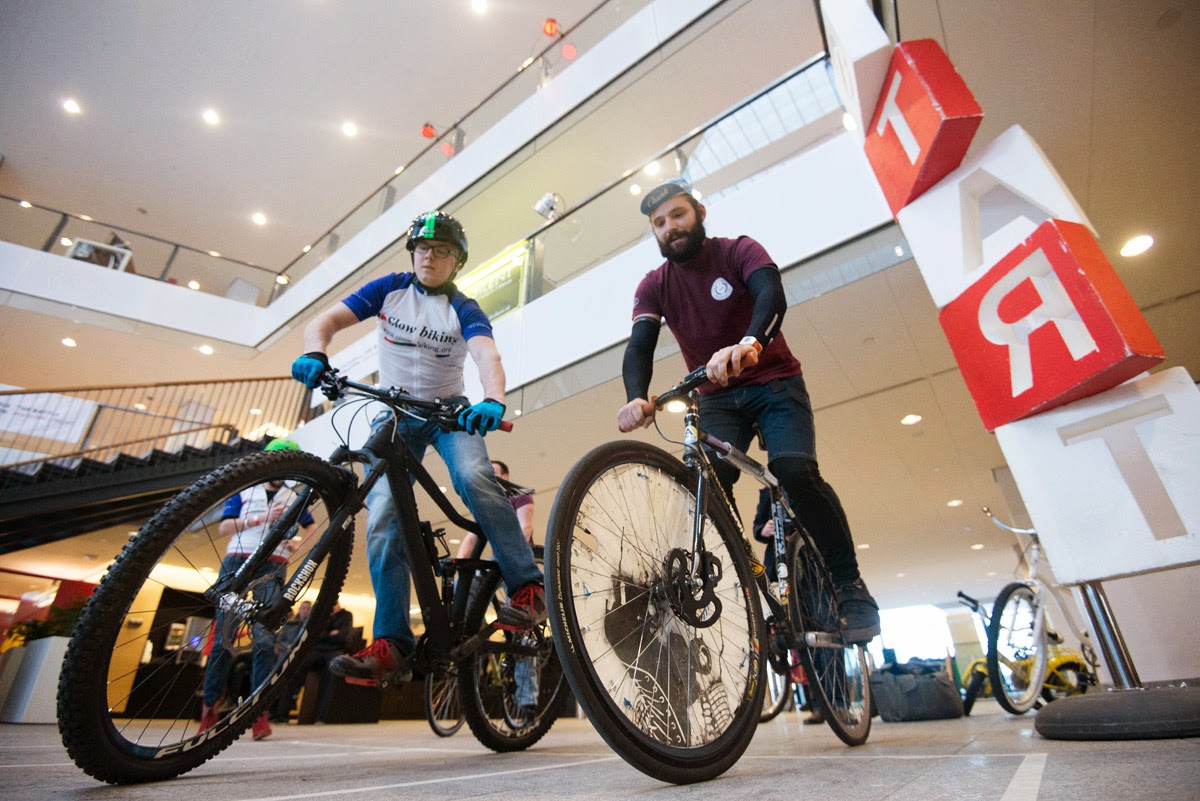 What’s the secret of a good slowbiker? “You need to try to stand still and keep your balance without cramping up” Van Berkel says. He is going to train more in the next few months, even when he is cycling on his city bike. “At the traffic light I’ll try to stand still for as long as I can without letting my feet touch the ground.”
Slowbiking has been developed by the Dutch artist Kaspar König. He came up with the idea in 2006 when he was asked to compete in a race to cycle slowly at an art academy in Beijing. He became runner-up and won a milk carton. König developed the current, easy accessible concept with improvising musicians and a presenter commentating.

A few years ago, König handed Slowbiking over to its current contest organiser Paulien Willems, owner of Cycle Fun Productions. After a few independent battles in The Netherlands and abroad, 2015 will have the first Dutch Slowbiking Battle Championship.
“Everyone is welcome to join in, young or old”, Paulien Willems says. “We are also scouting talents from different cycling cultures and disciplines. The three best – so the three slowest – slowbikers from each qualifying round will go through to the final on Sunday 21st of June. Not only will they be able to show their slowbiking technique, they will also be able to show their own cycling tricks during the Cycle Freestyle Battle.” The prize for the winners is a bike, a beach cruiser.